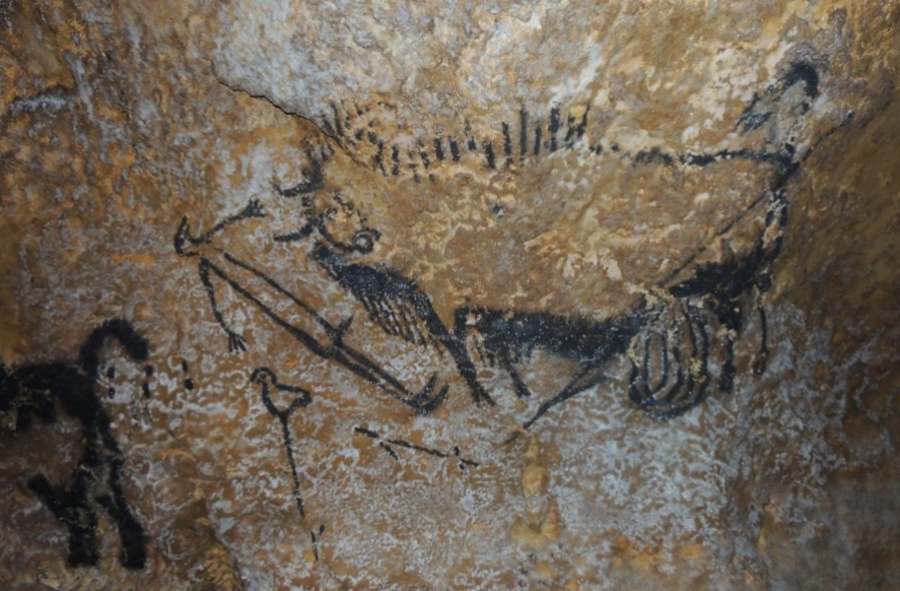 Some of the world’s oldest cave paintings show that ancient people had a relatively advanced knowledge of astronomy, British researchers say. According to them, ancient people understood the phenomenon of precession of the Earth’s axis, and examples of cave art depict constellations of stars in the night sky and represent important events, such as the impact of a comet.

Researchers from the University of Edinburgh and the University of Kent County detailołowo examined examples of Paleolithic and Neolithic rock art found at archaeological sites in Turkey, Spain, France and Germany. All of these sites use the same method of determining time based on advanced astronomy, they say, even though the works are sometimes separated by tens of thousands of years.

The researchers suggest roAlso that the works of cave art throughout Europe are not simply representations of wild animals, as previously thought. Instead, animal symbols represent star constellations in the night sky and were used to represent dates and mark events, such as comet impacts.

The results of an analysis by British scientistsow were published in the „Athens Journal of History”.

Perhaps as early as 40,000 years ago, ancient humans tracked the passage of time using knowledge of how the position of stars slowly changes in the night sky.

British researchers suggest that ancient people understood the effect caused by the gradual shift of the Earth’s axis of rotation. The discovery of this phenomenon, called precession of the Earth’s axis, was previously attributed to the ancient Greeks.

Around the time the Neanderthals became extinct, and perhaps even before humanity settled in Western Europe, people were able to define dates to the nearest 250 years. Scientists suggest that ancient people’s astronomical knowledge was much greater than previously thought. It may have facilitated navigation on the open sea, which influenced our understanding of prehistoric human migration.

In their analysis, Martin Sweatman and Alistair Coombs explained the results of earlier studies of stone carvings at the archaeological site of Göbekli Tepe in present-day Turkey. Depictions on one of the megalithic pillarsow was interpreted as a reminder of the devastating impact of a comet from about 11,000 r. p.n.e. It is believed that this impact initiated the so-called. Younger Dryas – the last phase of cooling during the period of glaciation.

Researchers also believe they have deciphered what is perhaps the most famous piece of cave art – a scene depicted in the Lascaux cave in France, in which theorej depicts a dying man and several animals. According to them, this scene may commemorate another impact of a space rock, to which theore occurred in about 15,200 r. p.n.e.

Scientists porownali age of many exampleoin cave art – known from earlier dating applied to works of pigmentow – with the positions of the stars in antiquity, which seems to confirm their concepts.

– Early cave art shows that humans had advanced knowledge of the night sky as early as the last ice age, and intellectually they are not so different from us at all roreaped – said Sweatman of the University of Edinburgh. The scientist added that the findings show that, at the dissolution of theoj humans were influenced by catastrophic events related to cosmic bodies hitting the Earth. – Our findings are likely to revolutionize the wayob as perceived by prehistoric populations,” he noted.